NJRC Member
we ready. but I still have to get the whiskey and the soda bread. we have an Irish bakery near by.

oh I also bought some vodka yesterday to start getting ready. we had about 3 yesterday. well have maybe another 3 or 6 today.

man would love to make Sheppard's pie but it's already too much food.

maybe we can have bangers and mash in the morning. probably I should buy some beer too.

NJRC Member
The people we have coming over for dinner then are bringing Sheppards pie.

NJRC Member
I had an echo cardiogram test of my carotid arteries a couple of days ago and I think they are going to put me on the cover of "Carotid Arteries Monthly" magazine because they are so good.

Next week I am going for a stress test just for kicks. We moved here 3 years ago and I used to go every few years just to look at his nurses,,,,,I mean just to get checked out.
I normally do very good on those. The last time I was friends with the cardiologist and he was very overweight so I used to make fun of him for being in that business and being in that shape.

I was talking to him during my test where you run on this treadmill while they test your heart. At the end of the test he said you did fabulous. I said How do you know? He said I only had to run for 6 minutes and I ran for 17 minutes.
I asked him why he made me run for so long.

He said, because I keep making fun of him.

Officer Emeritus
NJRC Member
That is too funny . Had to do one of those stress tests when I was a smoker .Damm near killed me. What did I do after the test. Lite up a cig.and have not had a cigarette in 15 years...maybe I'll take up drinking..

Paul B said:
I had an echo cardiogram test of my carotid arteries a couple of days ago and I think they are going to put me on the cover of "Carotid Arteries Monthly" magazine because they are so good.
Click to expand...

must be the white worms

NJRC Member
I made a new video

NJRC Member
I just tested my nitrates for the first time in many years. I can't even remember but they are about 5..

I have not changed any water in a while and it's time but it is very cold now and my knee won't allow me to collect just now. 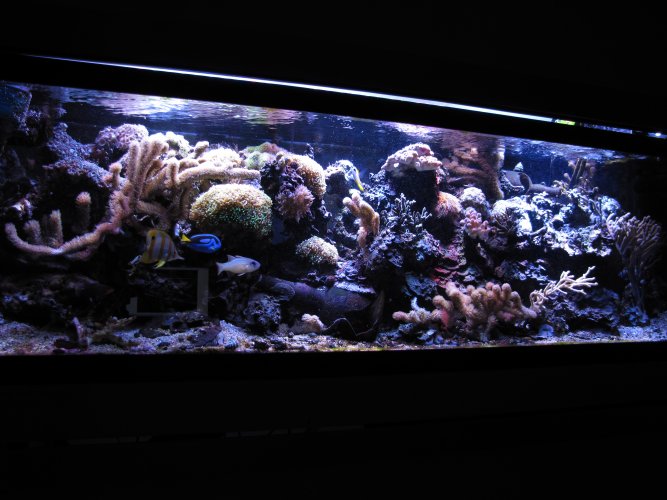 NJRC Member
5 is a good number i guess?
M

NJRC Member
what test did you use? it may be expired???

NJRC Member
I just got back from my favorite LFS. It is a very old, filthy place but he usually has some interesting stuff and he practically gives it away.

Unfortunately I came back empty because he had more dead and dying fish than healthy, or at least breathing fish and nothing interesting. There was a tank with about 20 small Bangai Cardinals with about half of them dead. Purple anthius mostly dead and a lot of other deceased fish.

I don't mind a few spots but I would at least like the fish to still be alive long enough to put them in the bag.

I really hate to see dead fish. I didn't stop to chat as my wife was in the car so I don't know if all those fish came in like that or they died in the store.
Really sad.

NJRC Member
This was from my deck after my walk to the beach before sunrise this morning. A little foggy and eerie. 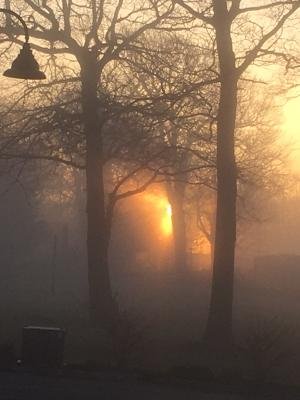 NJRC Member
Good Morning. If anyone is interested today is Palm Sunday and tomorrow is Viet Nam Veterans Day which is the 48th anniversary of the end of that war.
Last edited: Mar 29, 2021
M

NJRC Member
i wonder if my church is open. what a crazy year. one of the guys at our HOA tried to call a meeting this past friday and he was positive for covid last week. i mean i get it that the death rate for covid is extremely low, but do i need to be sick for 2 weeks and suffer post covid symptoms for who knows how long? does my wife and 2 kids need to be sick too? part that really shocked me is that he is a 65+ year old guy - he didnt say anything about it. i found out before the meeting and blew the whistle on him. surprisingly almost half the HOA board still wanted to have the in person meeting. this is a guy that i'd like to smash in the head 25 times but those days are over for me. idk if i would have found out about it after the fact theres really no telling what might have happened. you try to kill me and my family and probably who knows. i guess i'll skip the palms this year.

thanks for your service in vietnam paul. one of my exes was from vietnam. we were extremely close to tying the knot, but she had the extended family thing going on and i get it thats how they do it but i decided against it.

NJRC Member
Paul
Thank you for your service.

Officially designated in 2017 as National Vietnam War Veterans Day by President Donald Trump, the holiday is marked by ceremonies and celebration across the U.S.

Today is "Viet Nam War Veterans" Day.
(I made a mistake is was not 50 years ago. I was there 50 years ago it is only I think 48 years ago that the war ended)

National Vietnam War Veterans Day, we recognize the many men and women who served and fought during the difficult conflict, giving them the appreciation they deserve.

It was on March 29, 1973, after nearly two decades of conflict, when the U.S. withdrew military forces from South Vietnam. The Vietnam War was one of the longest wars in U.S. history, spanning several presidents and affecting many generations.

However, those who served in the war haven't always gotten the support they deserve. Some of them, History noted, were even treated with disrespect and hostility when they returned. Some were spat on, heckled, given the middle finger, or threatened. This despite the horrible experiences and "unspeakable horrors" they lived through in Vietnam.

In 2017, National Vietnam War Veterans Day was established to finally give those who served the honor they deserve. Since then, the day has been celebrated every March 29.